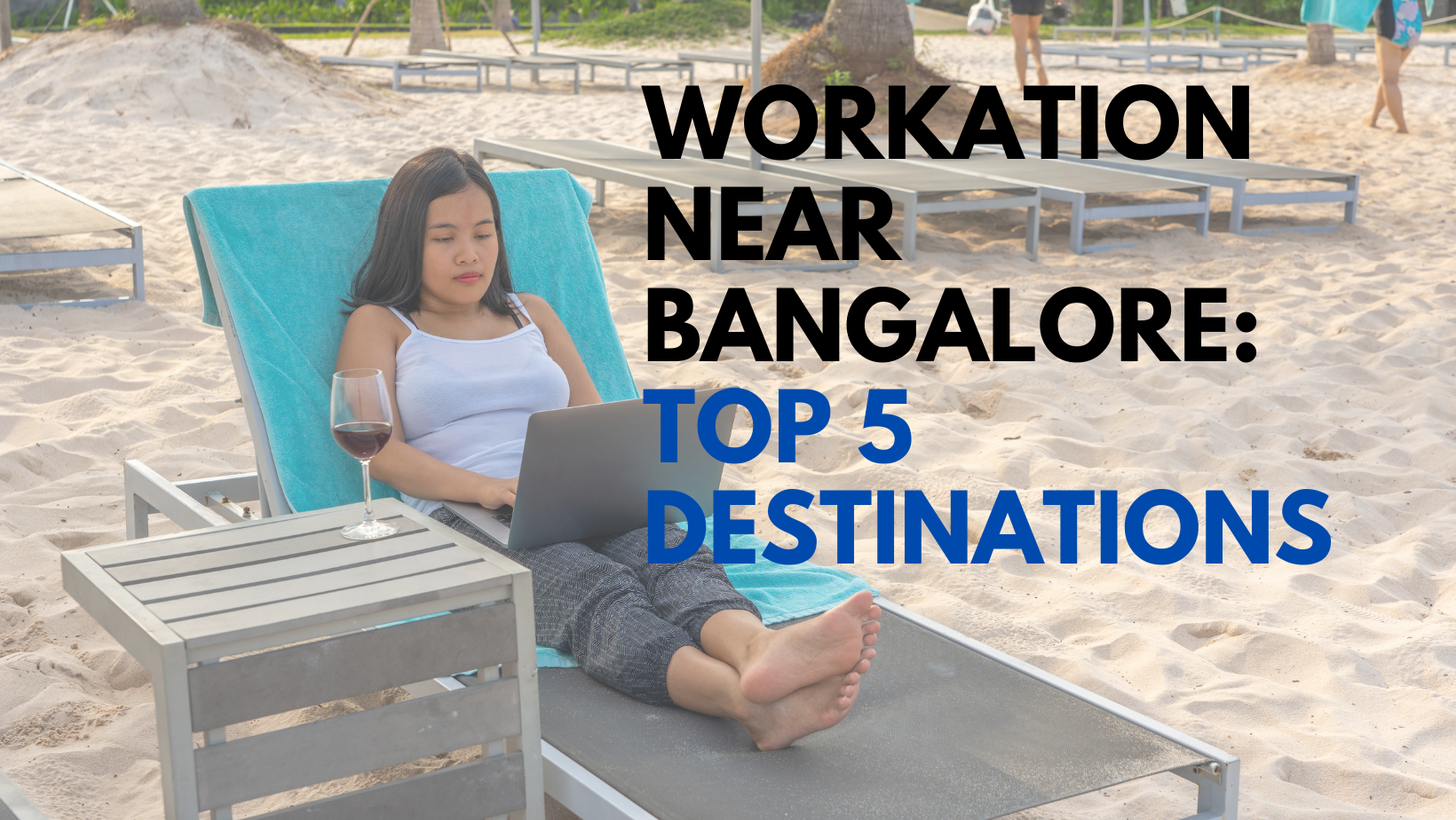 In the new normal of “work from home”, why work in some boring environment!

Is working from home making you irritated and unable to focus? After two years of working from home, most of us are beginning to feel the impact of the WFH lifestyle and need a fresh start. The workation has arrived.

Let’s dive into the detail and have a look at the top 5 destinations (workation near Bangalore).

In addition to being one of the most beautiful hill stations near Bangalore, this castle is also an excellent place to visit. Located about 65 kilometers from Bangalore, Nandi Hills has become a popular workation. It is surrounded by lush greenery and breathtaking views of the surrounding countryside, as well as ancient shrines and historical landmarks. Nandi Hills, also known as Nandidurg, is a mountain range located 4851 feet above the water in the Indian state of Gujarat. This well-known hill station in Bangalore is home to a variety of exciting activities which you can indulge in while taking a vacation from your work. 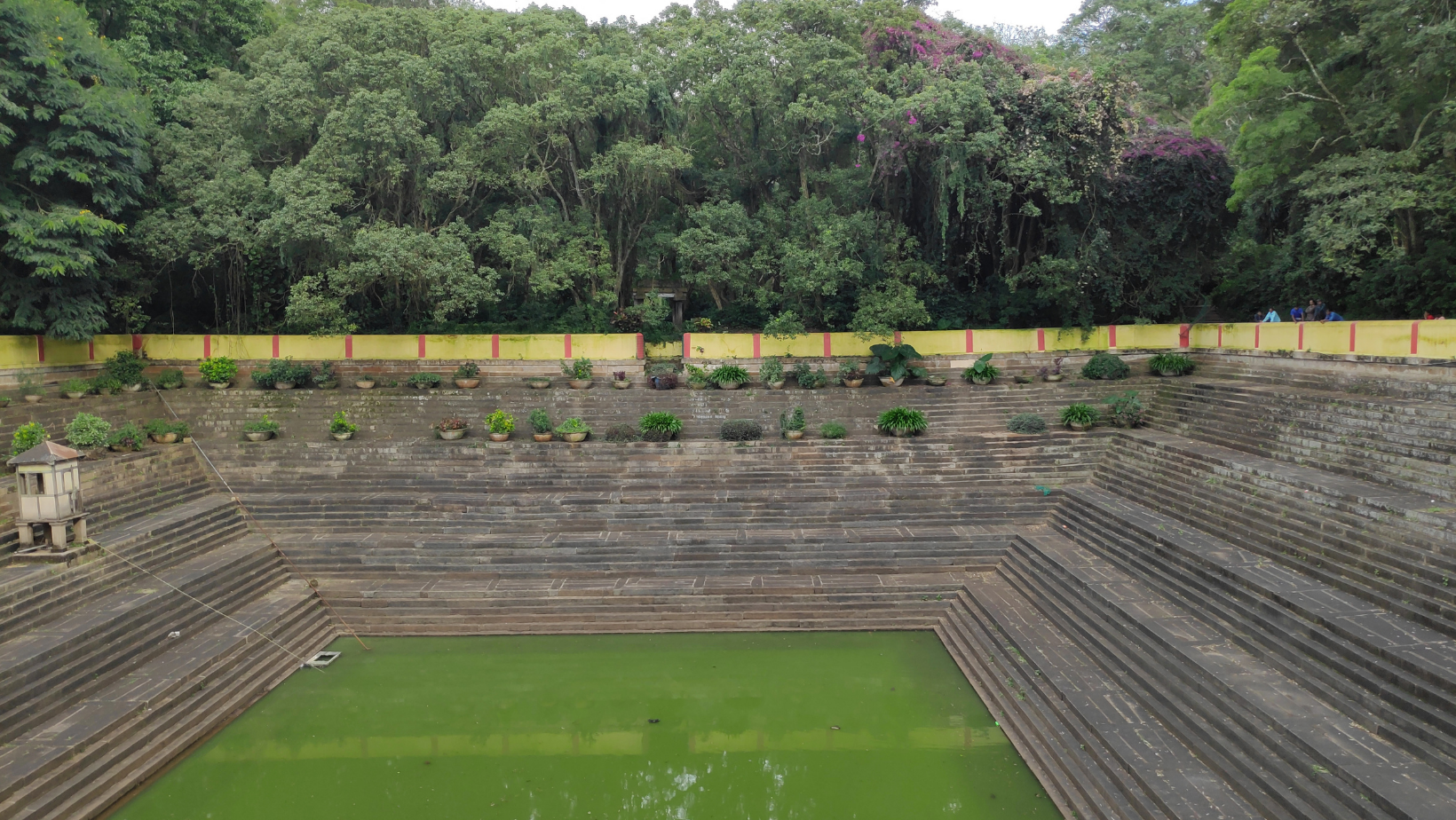 Nandi Hills is around 60 kilometers from Bangalore International Airport. Taxis and cars waiting to drive you towards Nandi Hills can be found outside the airport.

To avoid wasting time at the airport, you can also reserve your private cars in advance. Hiring a car to get there directly is the best option if you’re coming from the airport.

Where to stay in Nandi Hills

Nehru Nilaya, the Horticulture Department offers a variety of options for those looking for low-cost lodging in Nandi Hills. in addition, Mount Palazzo is a charming hotel is tucked away in a gorgeous valley and is the perfect place to relax and rejuvenate during your vacation. INR 1,999 or 26.84 USD is the estimated budget for 1 day.

Lepakshi, Gandikota, Anantapur and Rangantittu are some offbeat destinations you can explore. These places have not been touched by crowds and are prestine.

Mysore, the “City of Palaces,” has a long and distinguished tradition. Nearby Bangalore, Mysore is among the best workations within 145 km. The Mysore Palace is a stunning example of Indo-Saracenic architecture. As a result, Mysore Dasara attracts a significant number of tourists from throughout the world. Among the many gifts that Mysore has bestowed upon the globe are the Mysore Pak, the Mysore silk, and the Mysore Peta. 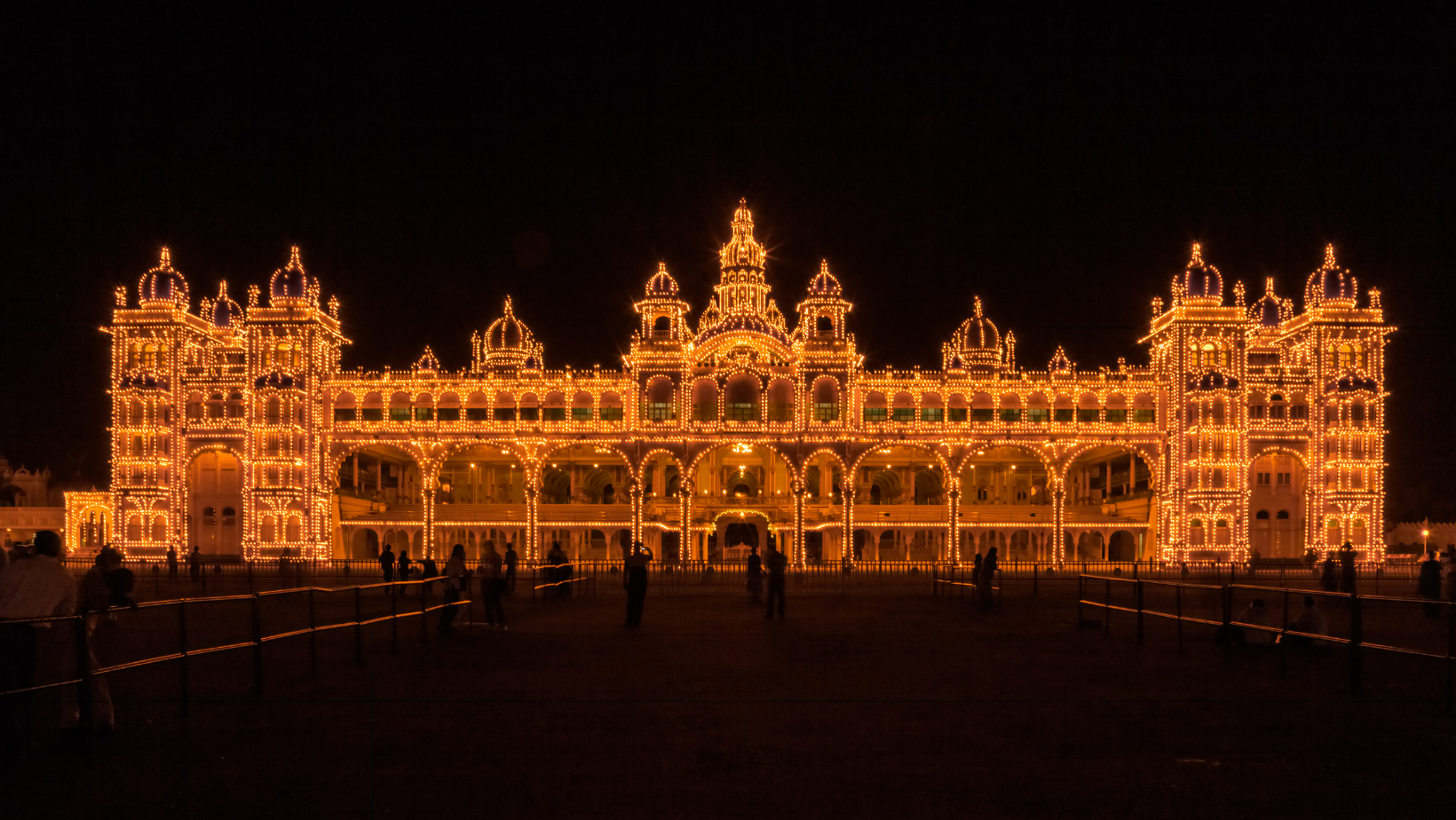 How to reach Mysore from Bangalore

One can also take a bus from Majestic bus station to Mysore. There are various state buses and private tour operators. Tickets are commonly obtained at bus stations.

Mysore is well-connected by rail, and the station is only 2 km from the city core. Express trains run frequently between Bangalore and Mysore, covering the distance in roughly three hours.

Where to stay in Mysore

If you’re looking for the ultimate in luxury, consider staying at the Lalitha Palace Grand Hotel, which   is housed in a real royal palace, and the Radisson Blu or even the Quorum Hotel. For all these options, the estimated budget is about INR 1,000 or 13.43USD.

The Mysore palace is still the crown jewel of the city’s historic structures, but there are many other venues to get a taste of royal life. Some examples of this are the Jaganmohan Palace, the Royal Orchid Metropole (with the Clock Tower and Gun House), the Wellington Lodge, and Rajendra Vilas Palace, as well as Karanji Mansion and Crawford Hall.

Vellore is home to this picturesque hill town, which sits at an elevation of 1100 meters above sea level. Yelagiri is perfect as a workation and it’s just 154km from Bangalore. The destination is amazing with its waterfalls, orchards, rose garden, and picturesque surroundings. Some of the world’s rarest plants and animals can be found in this verdant hill station. Located in the southern Indian state of Tamil Nadu, it is a natural wonderland and a haven for nature lovers. 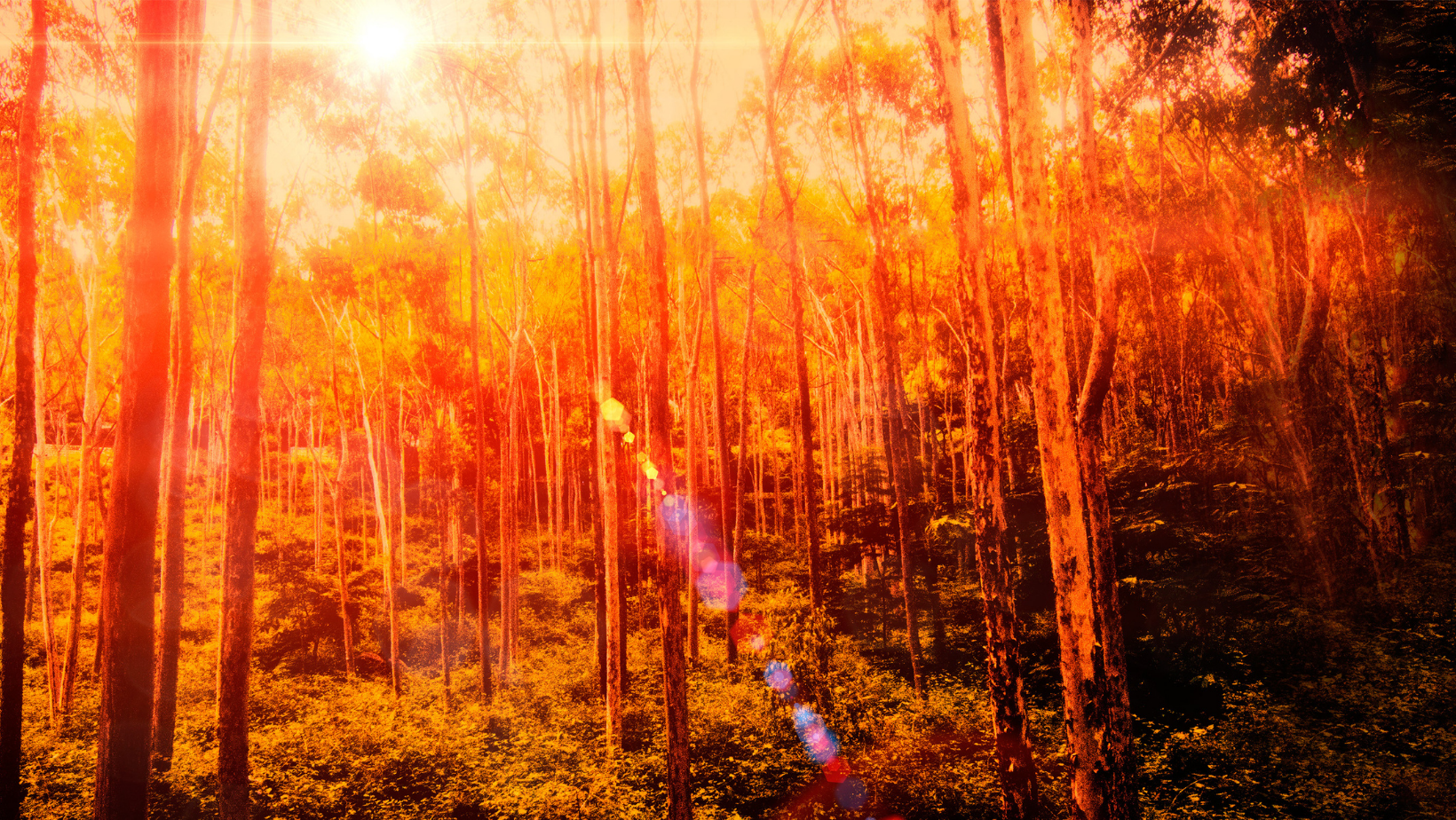 By train, Railhead is Jolarpettai. It is roughly 21 km from Yelagiri. It is the primary railway junction connecting major Indian cities like Bangalore. By air, Bangalore airport is the nearest one. It is 156 km away from Yelagiri. Bangalore-Yelagiri taxis are available.

The N7 connects Bangalore with Yelagiri. The drive via Bangalore to Bheemeshwari takes 2 hours 48 minutes. Buses link Yelagiri to Bangalore through Tiruoathur.

Where to stay in Yelagiri

AGS Holiday Resorts, Yelagiri, Hotel Landmark, Sterling Yelagiri, TGI Kairos are the top hotels to stay in Yelagiri. Prices for hotels in Yelagiri start at INR 1,489.35 or 20 USD per night.

Puttaparthi, the Andhra Pradesh city nestled on the banks of the Chitravathi River there in Anantapur district, is surrounded by rolling hills and lush flora. The destination is just 107 km from Bangalore. There are numerous historic temples and ashrams in the area, making it a great workation. It’s also known for its handicrafts, which are all made by hand. You will remember this vacation fondly because of the tranquil atmosphere and the area’s historic charm. 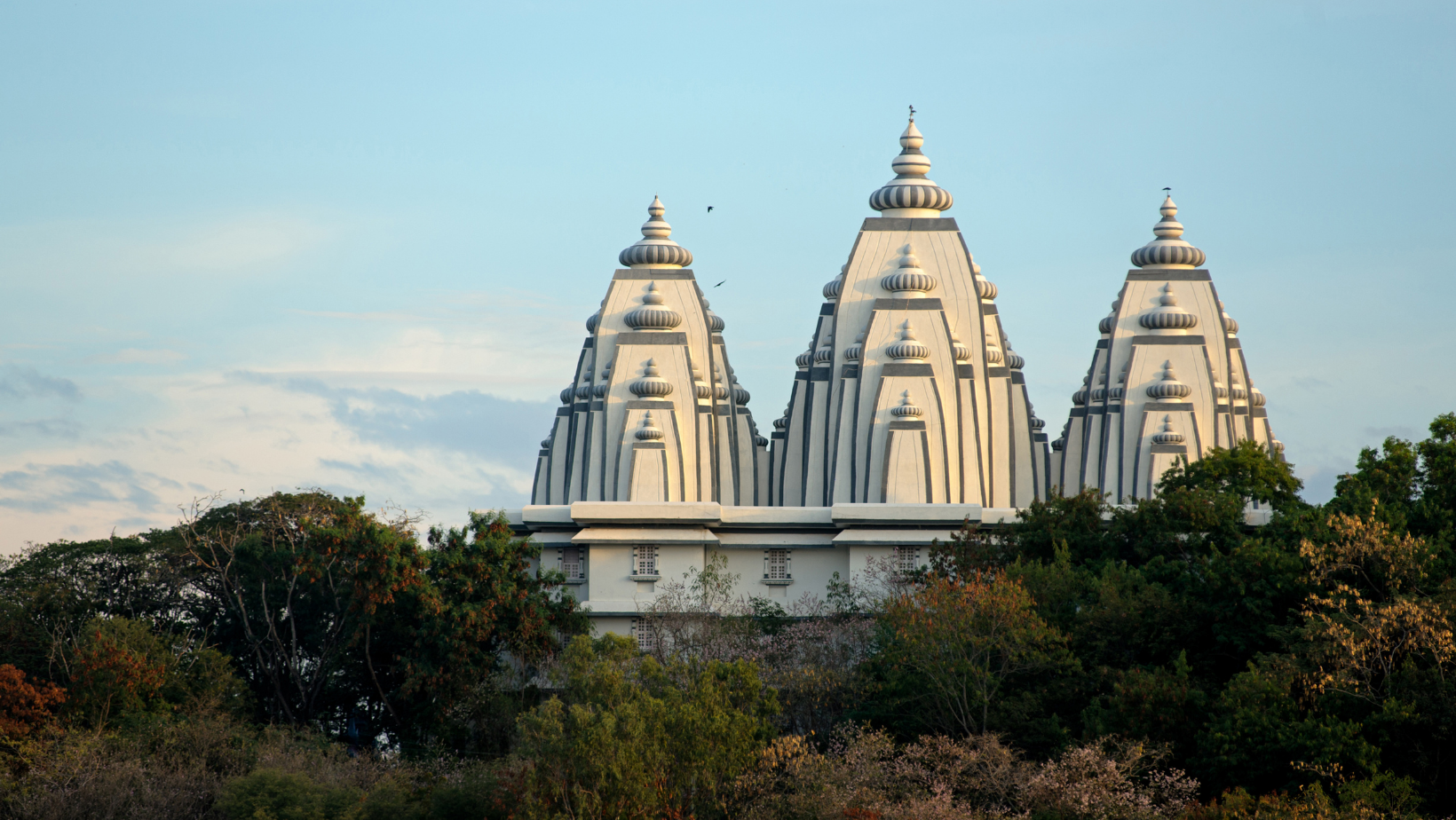 Traveling between Bangalore & Puttaparthi by road, in a private taxi, is the best alternative. Aside from that, you can take state-run buses.

See also  Top 10 destinations for a Workation in Himachal Pradesh

Where to stay in Puttaparthi

Sreeparthi Hotel and Sai Towers are the best hotels to stay in Puttaparthi. The estimated budget for 1 day is INR 2,297.98 or 30.86 USD.

Madhugiri is a solitary hill rising to a height of 3930 ft. above sea level. If you’re searching workation near Bangalore, it’s a must-see. The workation is about 105 km from Bangalore. The fort in Madhugiri is famous for its beautiful architecture. The fort sits precariously atop a hill. Madhugiri and its environs are home to a slew of temples. The ruins of a temple may be found on the mountaintop, which overlooks the surrounding hills. 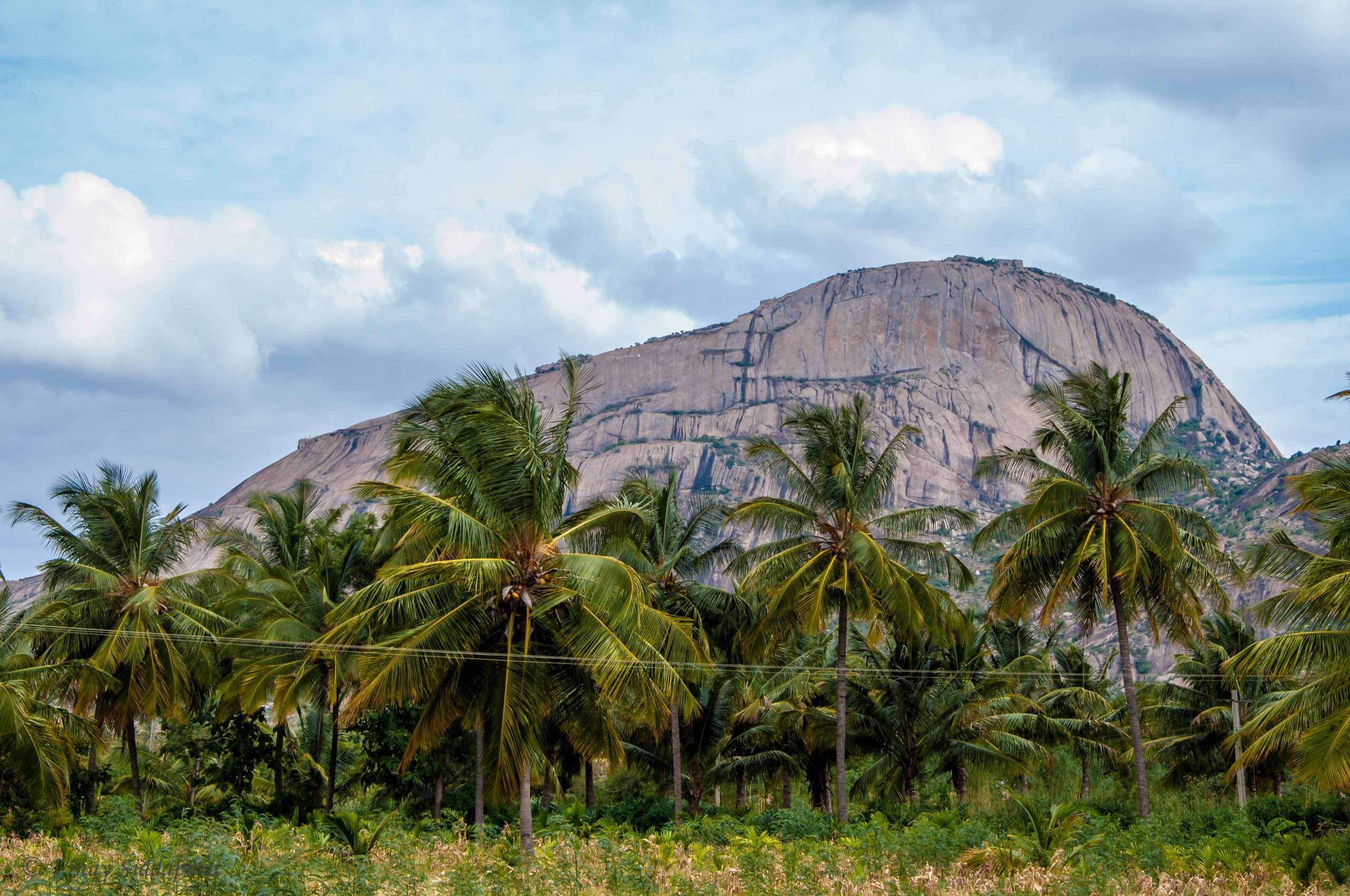 Ordinary buses, non-AC premium buses, AC deluxe buses, and Volvo buses are among the bus options available for travel between Bangalore and Madhugiri.

From Bangalore to Madhugiri, there are weekly trains plus 2 daily trains.

Where to stay in Madhugiri

Venkataraman Temple, Madhugiri Fort, Malleshwara Temple, and Siddara Betta are the most attractive places to visit.

To wrap it up

Bangalore’s pace of life can quickly become frantic and routine. You begin to lose your sanity as the deadlines and numerous assignments are near. Even going out to eat and drink in Bangalore on the weekends is a chore because of the crowds. You begin to look for spots where you can get away for a day and find some peace. There are several one-day destinations within commuting distance of Bangalore. 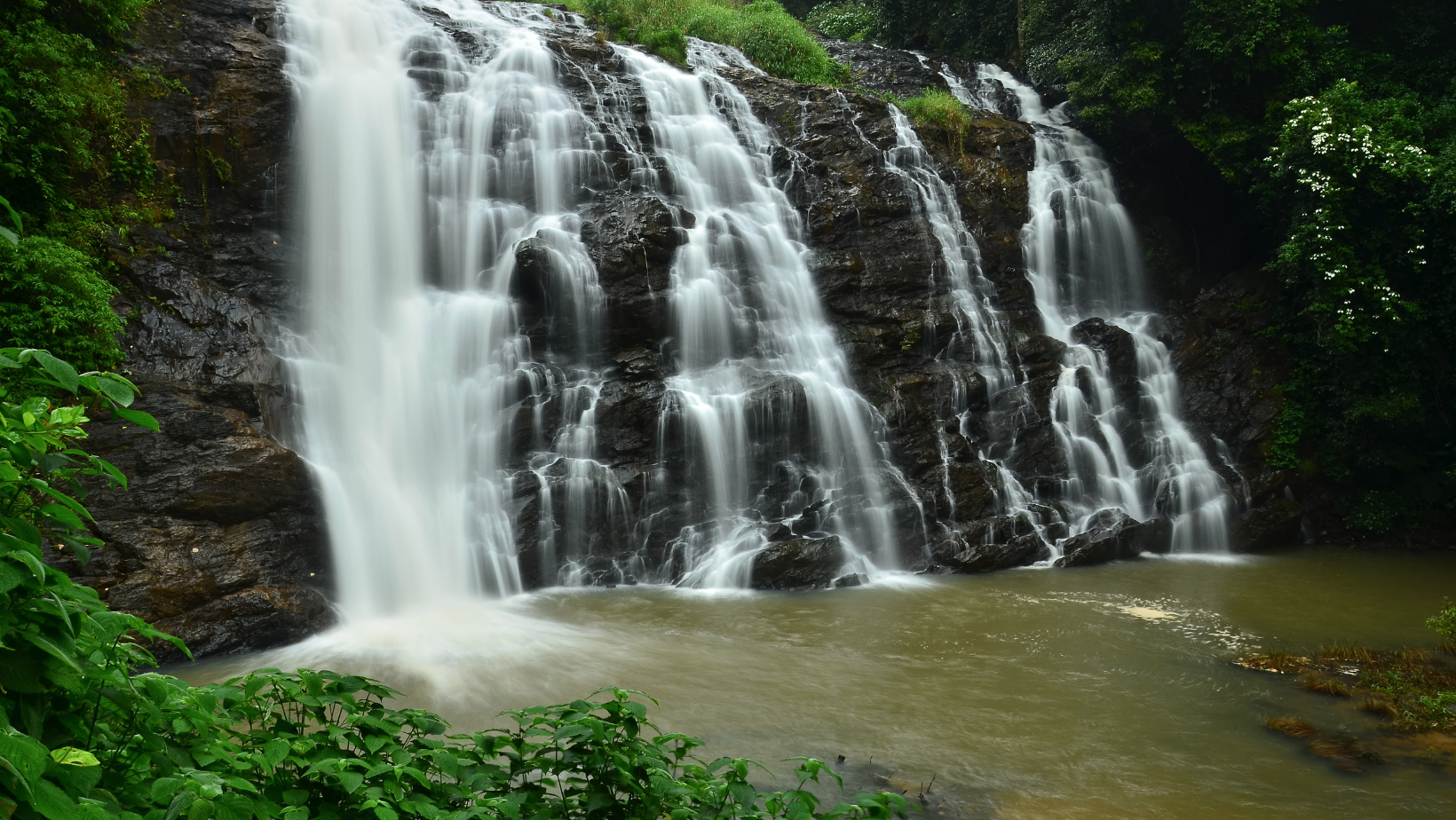 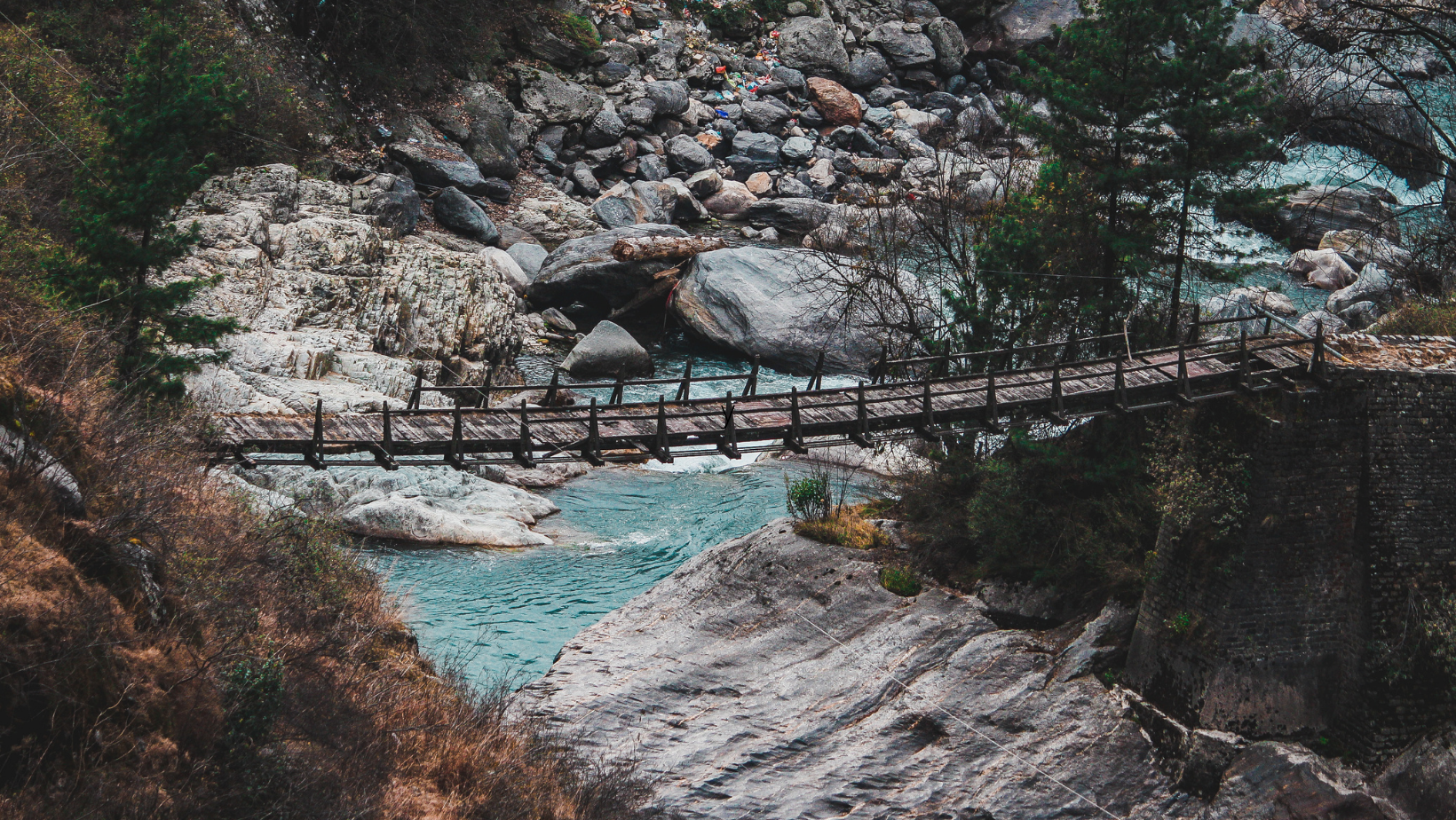 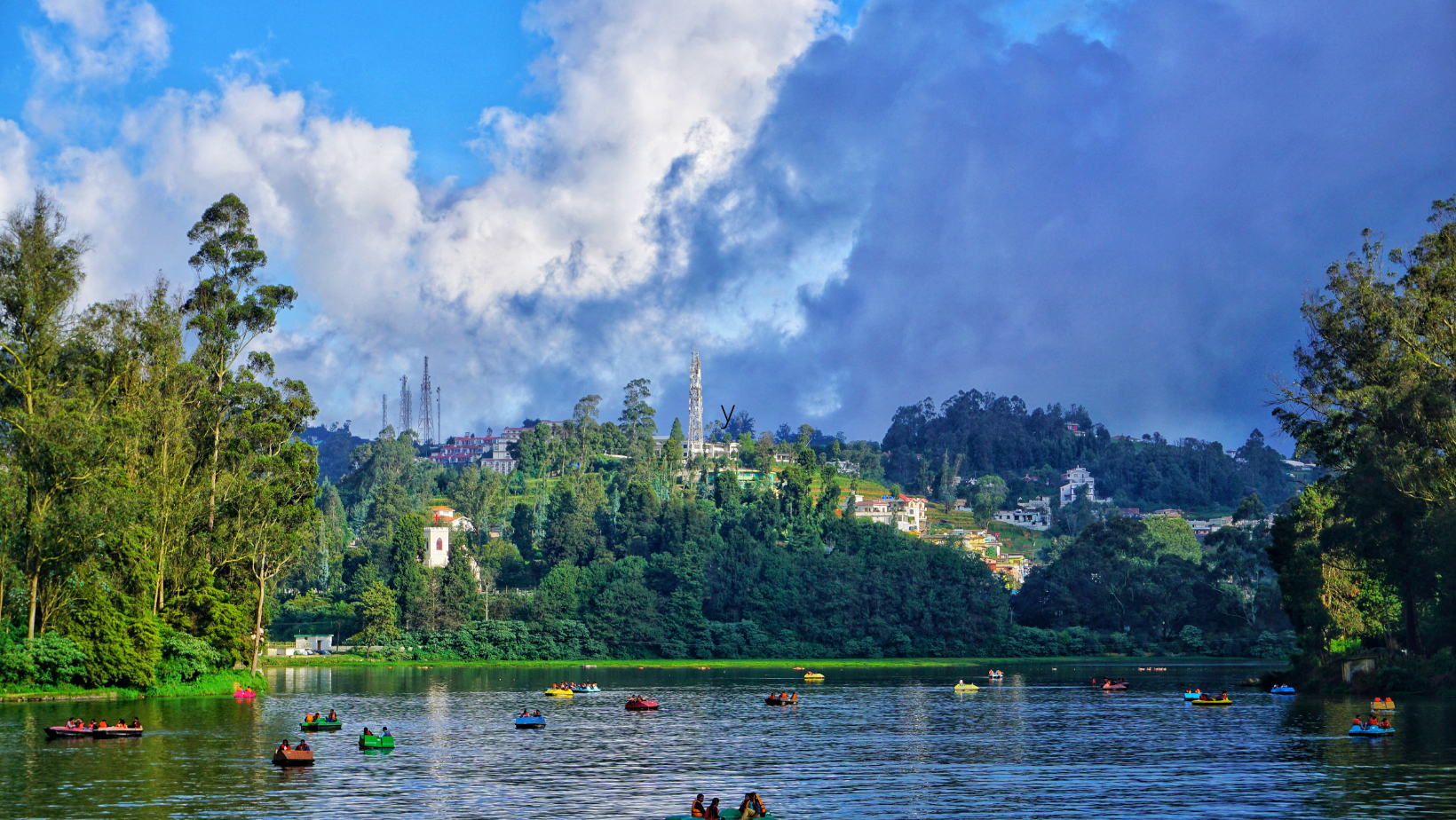 Workation in Ooty (Plan and Costs)