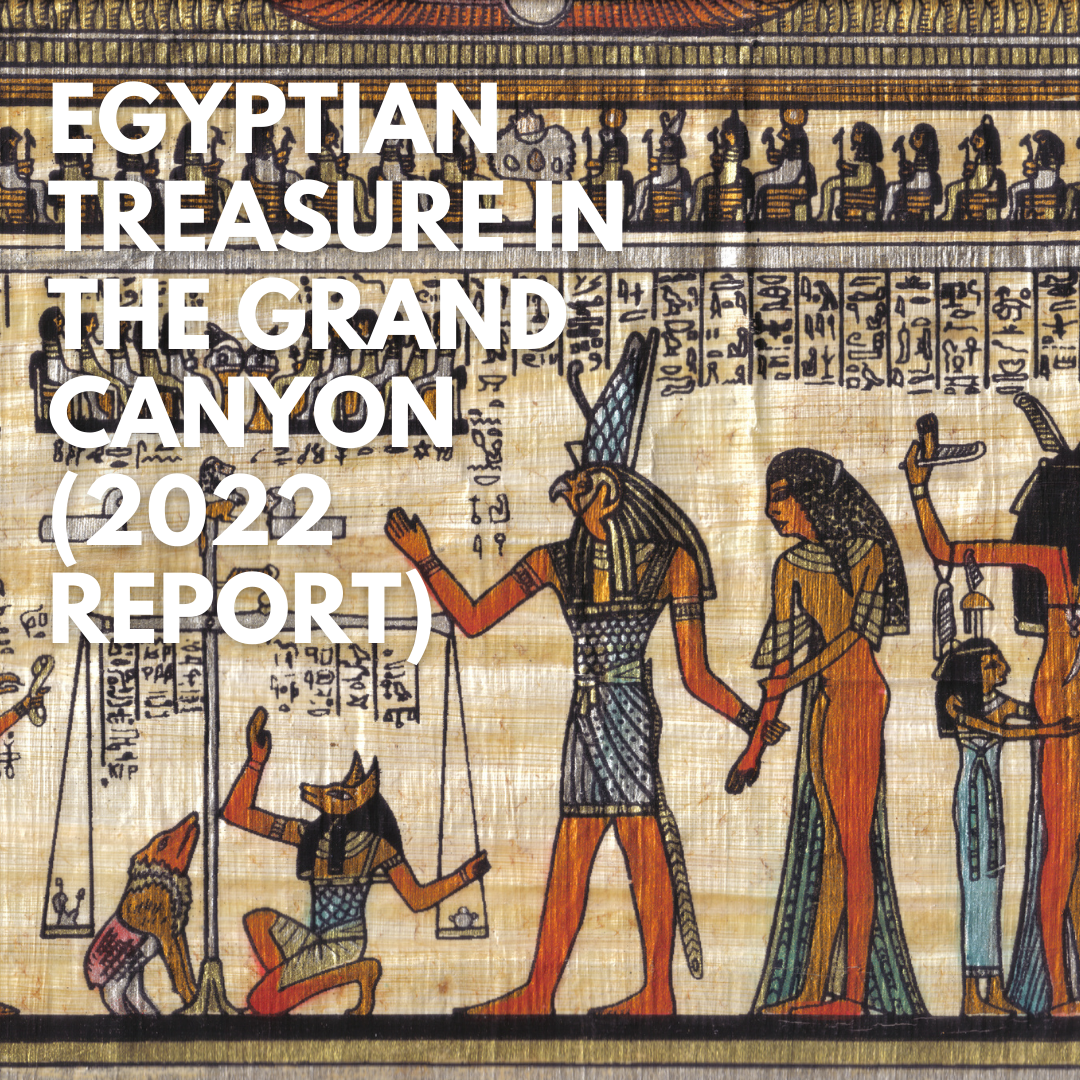 Origins of the Grand Canyon

The Grand Canyon is one of the most popular tourist destinations in the United States. Every year, millions of people flock to see its majestic beauty. But where did it come from? How was it formed?

No one knows for sure how the Grand Canyon was created, but that hasn’t stopped people from speculating. And with so many theories out there, it’s no wonder that there are still many mysteries surrounding this popular tourist destination.

One of the most popular theories about the Grand Canyon is that it is home to ancient Egyptian treasures. This theory originated in the early 1900s when an amateur archaeologist named G.E. Kinkaid discovered a cave in the canyon that he believed contained Egyptian artifacts.

Further investigation revealed a number of strange artifacts in the cave, including mummies, hieroglyphics, and even a statue of the Egyptian god Horus. This led many to believe that the cave was actually an ancient Egyptian tomb!

However, there is no concrete evidence to support this theory. And since the cave has never been officially excavated, it’s impossible to know for sure what secrets it holds.

The paper also says that he made some interesting archaeological discoveries, but no further information was provided. The second tale goes into greater detail about Kinkaid’s journey down the Colorado River, where he discovered an ancient, subterranean city carved (not naturally) caves.

According to Kinkaid, 50,000 people lived in the tunnels and caverns before they were destroyed. The study also included assistance from the Smithsonian Institution. These were the only two stories ever written about it, and most inquiries lead to futile dead ends.

We’re pretty sure that John Wesley Powell, the first person to explore the Grand Canyon, observed numerous caves on his journey down the Colorado River. He and his men undoubtedly discovered remains of past civilizations, including a well-used track, ruins, hieroglyphics, and some pottery shards.

Since Powell’s discovery, the Grand Canyon has been the subject of numerous research. Native American settlements dating back 12,000 years have been identified within Grand Canyon National Park.

The Smithsonian has no records of such a discovery.

Is There an Egyptian Treasure in the Grand Canyon?

For years, rumors have circulated about an Egyptian treasure hidden in the Grand Canyon. Some believe that the treasure is buried in a secret cave, while others think it may be hidden in one of the many ancient ruins that dot the landscape.

So far, no one has been able to find any evidence of this elusive treasure. No proof of an Egyptian presence in the Grand Canyon has ever been found, and no artifacts or treasures have ever been unearthed.

However, some of the noteworthy features in the park, such as the Tower of Ra, Horus Temple, Isis Temple have led many to believe that there may be some truth to the rumors.

What Artifacts Have Been Found in the Grand Canyon?

The Grand Canyon is a place of great historical significance. Artifacts found in the canyon tell us a lot about the people who lived here long ago.

Some of the most interesting artifacts found in the Grand Canyon are prehistoric tools and weapons. These artifacts give us a glimpse into the lives of the people who used them. We can learn how they hunted and what kinds of animals they ate. We can also learn about their culture and way of life.

Other artifacts that have been found in the Grand Canyon include pottery, jewelry, and clothing. These artifacts can tell us about the everyday lives of the people who lived here. We can learn what kinds of food they ate, what their homes were like, and what they did for fun.

Many artifacts have been found in the area, including pottery, tools, and even human remains.

Some of the most famous artifacts found in the Grand Canyon are the Basketmaker baskets. These baskets were made by the Ancestral Pueblo people and are some of the oldest objects found in the area. Other notable artifacts include ancient petroglyphs (rock art) and pottery shards from different Native American cultures.

Although many of these artifacts have been found by professional archaeologists, many more have been discovered by amateur hikers and explorers.

Is There an Egyptian Temple in the Grand Canyon?

Some people believe that there is an Egyptian temple in the Grand Canyon. They say that the temple is located near the bottom of the canyon and that it can only be reached by hiking down a long, treacherous path.

There are several pieces of evidence that support this theory. For one, there are hieroglyphics on some of the rocks in the area. These hieroglyphics look very similar to those found in ancient Egyptian temples. Additionally, there are strange symbols carved into the rocks near the temple site. Some people believe that these symbols were used by the Egyptians to ward off evil spirits.

Whether or not there is actually an Egyptian temple in the Grand Canyon remains a mystery. However, it is certainly possible that the Egyptians had a presence in this area of the world.

There are hundreds of caves in the Grand Canyon, and many of them have never been explored. It is an urban legend that there is an undiscovered cave in the Grand Canyon that contains Egyptian artifacts. The legend says that the cave was discovered by a group of explorers in the early 1900s. They found hieroglyphics on the walls of the cave and some ancient Egyptian artifacts.

The Smithsonian Institution has denied any knowledge of the cave or the artifacts. They say that if there was a cave with Egyptian artifacts, it would be one of the most important archaeological discoveries in history.

The Grand Canyon is a popular tourist destination and it receives millions of visitors every year. If the cave exists, it is likely that it will be found by someone soon. Until then, the legend of the Egyptian cave in the Grand Canyon continues to fascinate people.

These are just a few of the many mysteries that surround the Grand Canyon. With such a long and rich history, it’s no wonder that there are so many stories and theories about what else might be hidden within its depths. Hopefully, with further exploration and research, we will be able to solve some of these intriguing mysteries. Until then, the Grand Canyon remains one of the most amazing natural wonders of the world – and a place where anything seems possible.

Have you heard any other interesting theories or stories about the Grand Canyon? Share them with us in the comments below! 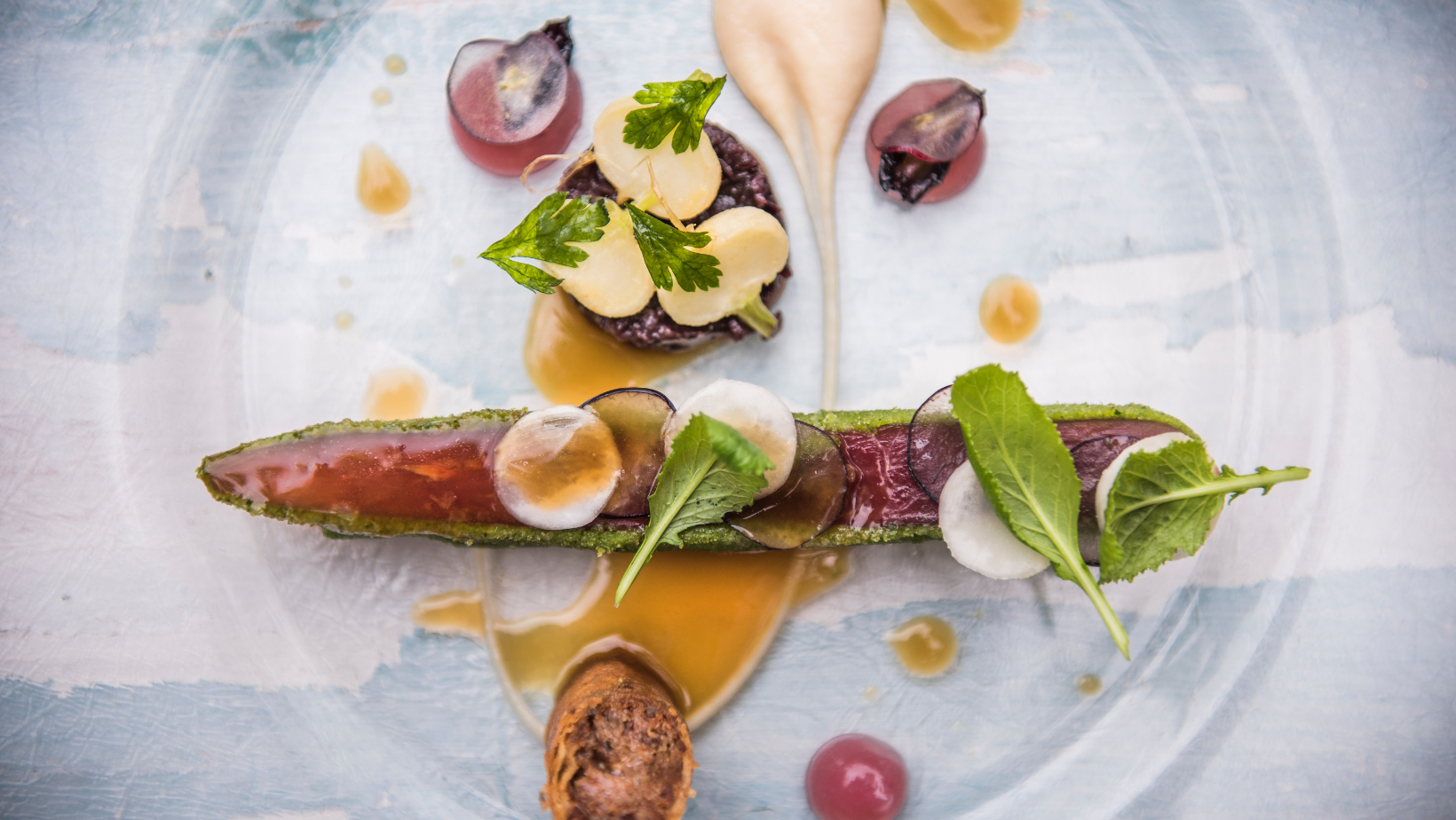 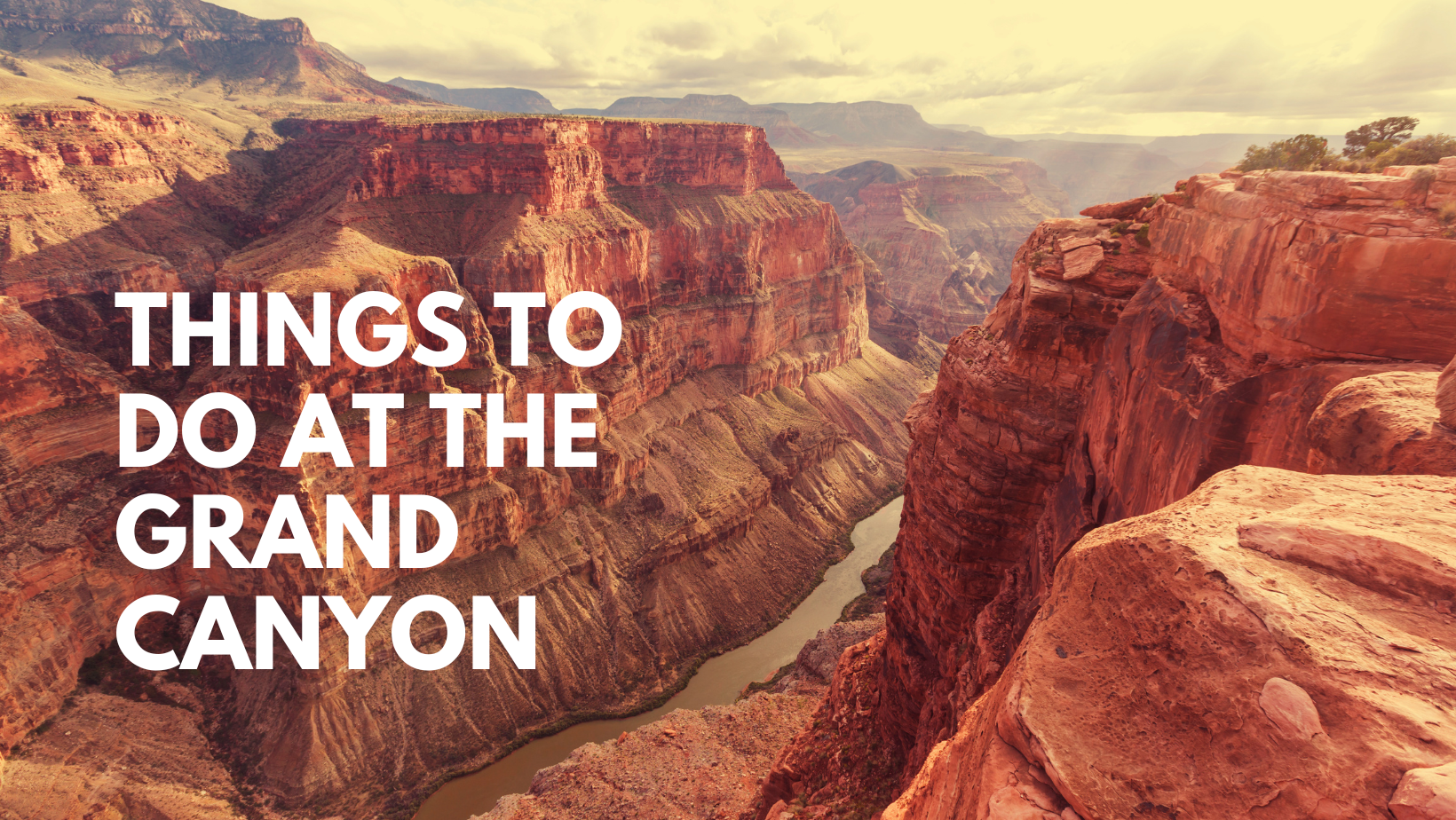 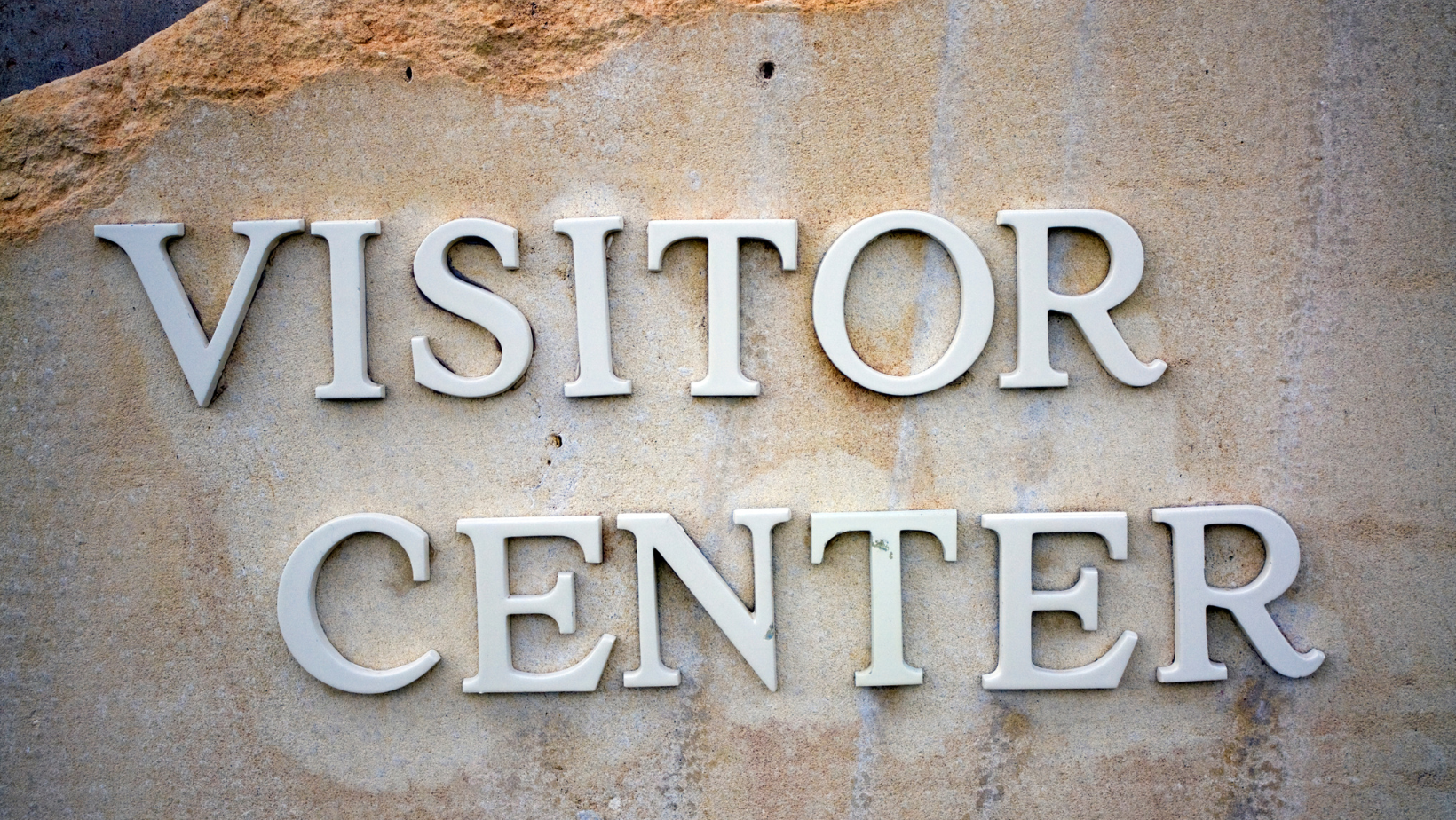